We asked Lee to put together a blog post, so for software developers who couldn’t attend, here’s some of the great stuff you missed…

With 183 speakers and 194 talks over three days, NDC Oslo is a huge event with a vast variety of talks on a wide range of subjects. As the conference was over 3 days, it was impossible for me to attend even a fraction of the talks as there are so many going on at any given time. For most sessions, there were 8 or 9 simultaneous talks, so I could only pick one for each session. And yes, that’s a difficult task with so many interesting things going on at the same time… To make my decisions easier, I picked either something that sounded interesting and beneficial to my job, while mixing it up to get a good range of topics. The conference has great atmosphere and the quality of the speakers and talks is second to none. For me, going to conferences like NDC Oslo is a great way to pick up new ideas that are very beneficial to me at work, and in a variety of ways.

Now, I could list every single talk that I went to, but that would probably get quite dull as I think I went just shy of 20 talks. So, I’ve chosen the ones that are highlights for me, along with some general things I picked up from various other talks…

This talk was a great. It explored upcoming features of a language I use almost every day. It was also the first talk I attended after the keynote, also by Mads. It’s always great to have a preview of things that I will most likely use on a regular basis in the next couple of years. Coupled with Jon and Mads both being great presenters and having outstanding knowledge of C# (given they both are heavily involved with the development of C# how could they not) made this a talk not to miss. Nullable reference types were something that peaked my interest and could be an interesting way of working with C# in the future.

Give it a REST - Tips for designing and consuming public API's

As almost every project I work on these days involves HTTP APIs, I thought this would be a good talk to attend. As it turns out, this was a great choice. The talk was around how Huddle manages HTTP APIs. It was full of useful tips and tricks for managing APIs at scale and design patterns they use during development, how to introduce breaking changes, caching files, rate limiting and more.

This was quite a technical talk and walkthrough with lots of code examples of using Azure KeyVault. It was insightful to see ways of working with it and gave lots of tips for how to use it smartly and keeping costs down, while also increasing security. One tip that I found particularly interesting was using key with a key stored in Azure wrapping. This makes your password hashes far more secure than by simply using a standard hashing function locally. 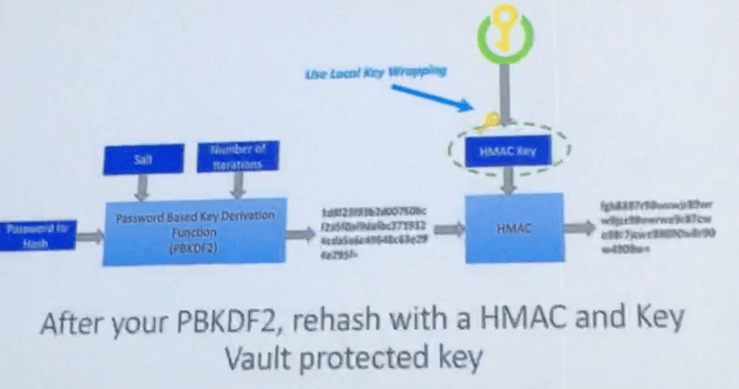 I wasn’t 100% sure what to expect from this talk initially. Would it be an intro, integration examples or just problems? Either way, I knew it would be good. Roy is the author of the Art of Unit Testing which is a great book. In recent years, he has been focussing more on DevOps and this certainly showed in the presentation. He knew his subject very well and went through important aspects in DevOps, as well as what matters to enterprise organisations, including how to show the value of it through Value Streams.

Google Assistant VS Alexa: Battle of the Bots

This talk was more high level than some of the others, but it was definitely worth attending. It informed me just how big voice bots and interfaces are becoming and where they are heading. More than 50% of enterprises will spend more on voice bots than mobile apps by 2021.

It was a great intro into how the interfaces work, what challenges there are and more importantly, what questions to ask when you’re starting out on the journey to using these interfaces. It focussed on Google and Amazon’s offerings, but also stressed how important it is to be able to handle multiple ecosystems at once as new ones may emerge in time. It also seemed to me like this type of interface is an emerging area of UX itself. 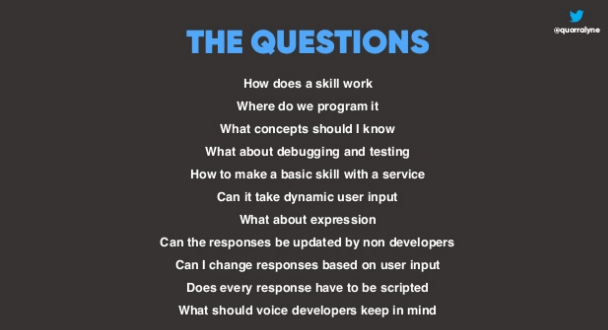 Google Assistant VS Alexa: Battle of the Bots – Heather Downing

Everything is Cuber-broken was one of the busiest talks I attended. This came as no surprise considering both speakers are very well-known worldwide.

The talk was an informal, and amusing, exploration into security issues that exist right now. Most modern browsers don’t pay attention to cert revocation anymore and the use and difference of SSL cert types DV (Domain Validation), OV (Org Validation) and EV (Extended Validation) is getting less and less. Most consumers don’t know the difference so there is little point having the more expensive ones in the first place. Oh, and yes, there are also loopholes for buying them anyway. I have seen Troy speak at a conference before and he was great, but together, Scott and Troy delivered a brilliant talk. For me, it was a great way to wrap up the conference being the last talk in the last slot on the last day.